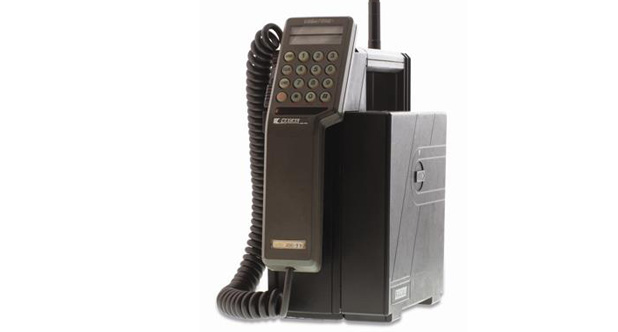 According to the operator, Michael Harrison secretly left his family’s home just before midnight to surprise his father with the call, which was made from Parliament Square in London.

As Sir Ernest Harrison answered the phone, Michael said: Hi Dad. It’s Mike. This is the first-ever call made on a UK commercial mobile network, according to Vodafone.

Michael Harrison told the BBC: It was just like making a normal telephone call, it was a very normal, natural thing to do. I always thought it would be a big success but, at the same time, I had no idea that it would be the start of this global, mobile phone empire that it has now become.

Wise had dressed in Dickensian costume and entered St Katherine’s Dock on riding on a 19th Century mail coach. He also called Sir Ernest Harrison, although there is no record of what was said between the Morecambe and Wise comedian and the Vodafone Chairman.

The network had been competing directly with BT Cellnet in a race to become the first network to make a mobile call in the UK. Cellnet, now O2, launched its service on January 10.

The Transportable Vodafone VT1 which the Harrisons used weighed 4.7 kilos, the equivalent of 36 iPhone 6 devices, and cost £1,650 – £4,600 today when taking in to account inflation.

Vodafone began selling mobile phones before Harrison had even completed the first call, with more than 2,000 orders made before the end of 1984. By the end of 1985, over 12,000 devices had been sold.

Thirty years later, Vodafone’s customers range from young people in Europe, India and Africa through to the world’s largest multinational businesses. While our business has changed beyond all recognition over the last three decades, our goal and purpose havent: to continue to empower our customers, whoever and wherever they are, through connectivity, as mobile, broadband and digital transform society in ways unimaginable in the 1980s.